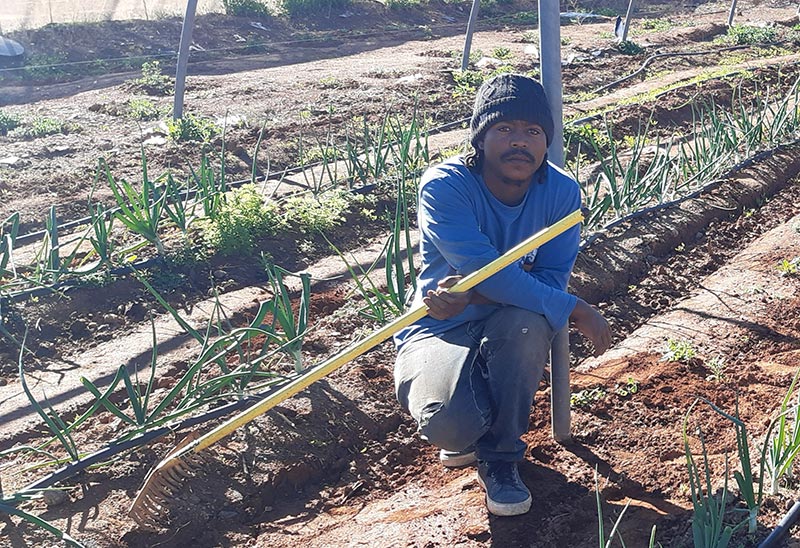 A youth-owned agri-business in Loeriesfontein is one of thirteen micro businesses and social entities that has received funding to support their goals and build sustainable entities that will likewise benefit their surrounding community.

Windpomp Kwekery, owned and operated by Nico Lucas, is known in this small Northern Cape town, for his passion and dedication for tunnel crop farming. With the financial grant, he will be able to secure a much needed water supply by installing a water pump and then has plans to repair the agri-tunnels.

“I want to play my part in uplifting my community and employing other youth, as my dream is for the community to work together,” said Nico Lucas.

Nico also explained that he has plans to involve the local school, so that children can learn how to grow crops, a skill that he learnt from his father, who was a gardener.

One of the most important advantages of tunnel farming is that crops can be grown out of season and in extreme temperatures, which are most certainly prevalent in the harsh Northern Cape climate.

The funding and support is provided as part of the Asset Based Community Development (ABCD) programme, which was initiated and funded by Loeriesfontein and Khobab Wind Farms’ economic development programme. Suitably named #ChangeMakers, this programme, which was launched in 2019, has drawn community change agents that were already working to improve the lives of their fellow residents and wanting to make a further positive difference.

“Self-initiated projects such as these make us very proud to witness.  Successful crop growing will not only enable the community to access healthy produce, but also provide jobs and income to community households. This in turn, connects, enriches and strengthens the community,” explained Vanessa Fredericks Economic Development Manager for Khobab Wind Farm and Loeriesfontein Wind Farm.

Successful applicants from this programme have attended business training courses, focused on financial and business management, provided by the funders. The courses aim to improve the beneficiaries’ ability to manage their businesses and finances professionally, which will ultimately increase the sustainability of micro entities in the town.