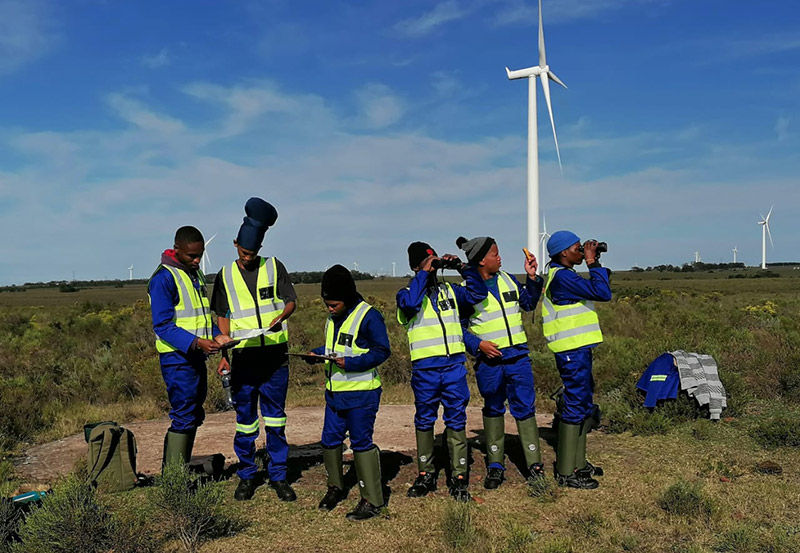 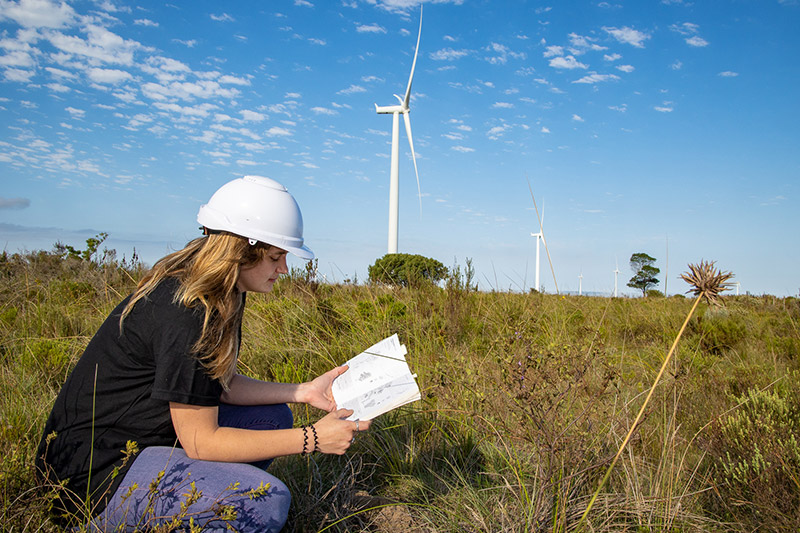 “The committee is well established, having been set up almost two years ago, with the goal of checking progress on the committed action plan (biodiversity management plan), ensuring sufficient resources are available for implementation, checking the effectiveness of measures being implemented and advising on measures to be pursued,” explained Marli Schoeman, Environmental Specialist at Jeffreys Bay Wind Farm.

The wind farm recently announced the commencement of its second bird conservation trial following a successful pilot study last year. Known as an Observer Led Shut Down on Demand (OLSDOD) programme, it is aimed at mitigating the loss of priority bird species on the wind farm.

Through the installation of acoustic deterrent devices on selected turbines, the wind farm is seeing significantly reduced bat fatalities.  For some turbines this reduction can be as much as between 80% and 100%.

Pilot studies began in 2018, with Jeffreys Bay Wind Farm installing acoustic deterrent devices on a number of wind turbine generators.  These devices emit ultrasound frequencies that deter echolocating bats so that they are repelled away from turbines, thereby preventing collision with the blades.

“This type of mitigation measure is a win-win, as wind turbines do not need to be shut down, as used in shut-down-on-demand or curtailment measures, and bat conservation improves significantly, specifically amongst insect-eating bats that navigate by using echolocation.  These bats are of particular importance as they significantly reduce pest levels, especially those that negatively impact agriculture,” said Schoeman.

Insectivorous bats send out sound waves through their mouths or noses and listen to the echoes to work out where objects are and what they are. Their senses are so fine-tuned they are able to find and identify objects as tiny as the insects they eat.

Discussions with the Civil Aviation Authorities are also underway to explore blade painting as mitigation, and exploratory discussions about Black Harrier protection is also in progress with local landowners.