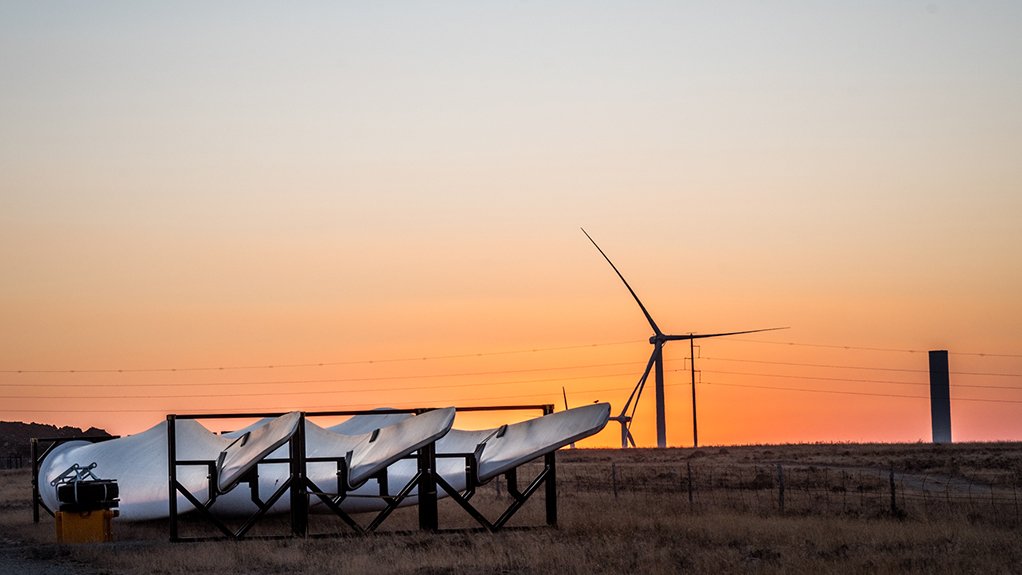 he South African Wind Energy Association (SAWEA) is hoping to convince Eskom to conduct an independent technoeconomic assessment of whether there is potential to extract more capacity from the constrained grid in the Cape provinces after none of the 23 wind projects that participated in the most recent public procurement round were appointed as a preferred bidder.

This, despite the round having been expanded from 2 600 MW to 4 200 MW as part of announcements made by President Cyril Ramaphosa in July to combat intensifying loadshedding.

In fact, the round had initially been doubled to 5 200 MW, but the Ministerial determinations to allow for the procurement of 2 000 MW of solar PV were not in place, so BW6 was reduced by 1 000 MW to 4 200 MW, with 3 200 MW set aside for wind, for which determinations were in place.

The failure to appoint any wind projects was attributed to an unavailability of grid capacity in the Eastern, Northern and Western Cape provinces, where all the projects are located.

It emerged that capacity deemed to be available ahead of BW6 had been subsequently reserved for projects being pursued by independent power producers (IPPs) that were being developed on the basis of private power purchase agreements.

SAWEA CEO Niveshen Govender tells Engineering News that its members want an independent assessment of the grid constraints in the Cape provinces to assess whether there are technical solutions available to immediately unlock additional grid capacity, or commercially viable ways to implement grid sharing.

Should solutions emerge, the association could then request the IPP Office to consider launching an “expedited bid window”, through which wind projects frozen out by the grid constraints have an opportunity to bid again.

As things stand, projects that could be delivering about 10 TWh of electricity yearly within the next 24 to 36 months are side-lined, despite intensifying loadshedding.

Govender says a meeting has been scheduled with Eskom and reports that SAWEA members are more than willing to fund the study, which could be implemented by the Eskom system operator.

Strong views have already emerged on either side of the debate, with some warning of costly curtailment should grid sharing be pursued, and others arguing that grid capacity is still available in areas where Eskom says it is not and that only limited curtailment is likely, especially if allocations are made on a timely basis.

Debates are also emerging over the effectiveness of battery energy storage in augmenting the grid, even though there is a growing acceptance that batteries can definitely ease pressure in certain areas and provide vital ancillary services.

SAWEA also intends to engage with Eskom and the IPP Office on the grid-access rules that will govern both future public procurement rounds and the private projects.

It will also be seeking an update from Eskom on the implementation of the Transmission Development Plan, which is theoretically geared towards adding the grid capacity required to unlock new generation capacity, including in the Cape provinces, where South Africa’s best wind resources are located.

“We believe that there is space for both public and private procurement and that the grid-access rules should not discriminate in favour of one over the other.

“However, we need the rules to be fair and transparent and there also needs to be regular communication when circumstances are changing,” Govender says.

During BW6, there had been no updates from Eskom after the Generation Connection Capacity Assessment, which guided bidders on what grid capacity was available, was published, even when developers of private projects began reserving that very same capacity.

In addition, bidders under the REIPPPP are unable to make the financial commitments required to reserve grid capacity until they are named as preferred bidders, whereas developers of private projects face no such restriction.

“As the wind industry, we still believe there is a critical role for a public procurement programme, particularly if South Africa hopes to industrialise wind components.

“However, we require new assurances as to what will be procured under the public programmes, as currently we are unable to factor in any demand from the REIPPPP, which has hitherto been the main source of domestic demand.”

In fact, while SAWEA expects between 1 GW and 1.5 GW of new wind capacity to be announced for development in South Africa this year, all of this is now expected to arise from private procurement, owing to the uncertainties associated with the REIPPPP.

Prior to the failure of BW6, the domestic wind industry had been concerned primarily with the port, road and traffic management constraints that were expected to arise over the coming few years in light of an anticipated acceleration in the deployment of wind projects.

While logistics and supply-chain issues remain a concern for the longer term, the lack of transmission infrastructure has become the immediate impediment to the growth of the industry.

“Currently, the biggest challenge is the grid, and we stand ready to work with Eskom and government to overcome these challenges so as to ensure that new electricity can be injected into the network as soon as possible,” Govender concludes.