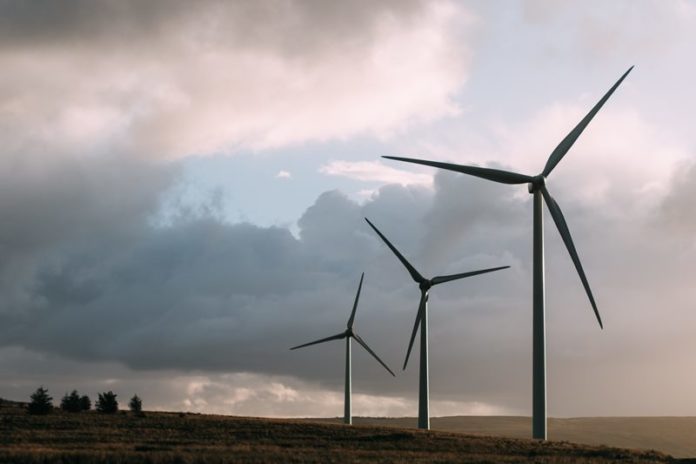 A quarter of the projects so far approved in the REIPPPP programme have been allocated to the Eastern Cape with 91% of these being wind projects and the balance solar photo-voltaic.

The Eastern Cape is home to two of the eight Renewable Energy Development Zones (REDZs) designated in a national programme. The Environmental Management Services unit within the Council for Scientific and Industrial Research (CSIR) was responsible for identifying suitable areas around the country. They had to meet three criteria: the presence of good wind or solar resources, good environmental conditions that could withstand the presence of solar panels or wind turbines and a high need for socio-economic development.

Cookhouse and Stormberg are the two Eastern Cape areas that are REDZ and hopes are high that these concentrations of activity will lead to economic growth and the creation of jobs for local communities.

The Eastern Cape is a wind power hot-spot. There are already 12 wind farms in the province. Because of this concentration of facilities, the South African Wind Energy Association (SAWEA) chose the province for its first SAWEA Provincial Community Trust Workshop. With large amounts of money coming into communities, proper attention must be paid to who decides how that money is to be spent and some regional planning is needed. It does not make sense for each wind farm and its closest community to plan a school and a crèche if that is what the neighbouring community is also planning.

Community trusts have been established as each of the independent power producers must involve communities living within a 50 km radius of a wind farm.

Brenda Martin, CEO of SAWEA, outlined some of the issues tackled at the workshops, “We explored a range of approaches that are applied when establishing the trusts for the benefit of local communities. Many of the initiatives are focused on education, health and the empowerment of women.”

According to figures released by the Department of Energy, the REIPPPP by 2016 had not only delivered multiple millions in investments, but also created more than 30 000 jobs and benefited local community development to the tune of R256-million. However, the national utility, Eskom, has created some uncertainty by refusing to sign new power purchase agreements.

Although Eskom’s shareholder, the Minister of Energy, said that the REIPPPP was still government policy, it was not until 2017 that the process was started again, but this time with a limit imposed by the state on how much could be charged for energy in new contracts.

Fully a quarter of the projects so far approved in this national programme have been allocated to the Eastern Cape with 91% of these being wind projects and the balance solar photo-voltaic.

A vast new industry has been created in a very short space of time, and investors still have an appetite for more. If the power produced through the REIPPPP were consumed where it is made, the Eastern Cape would soon be producing 60% of its own needs (the power is in fact sent to the national grid for redistribution). The province consumed 8 358 GWh electricity in 2015 or 3.7% of the national total.

The average lead time in the projects that have so far been approved in the province is two years, with local content averaging out at about 47%. When the projects are complete, R142.9-billion will have been spent on procurement, R65.7-billion of which will be local.

Wind projects in the Eastern Cape

Wind projects in the province include Globeleq’s 138 MW Jeffreys Bay facility, the 140 MW Cookhouse project (African Clean Energy Developments) and two run by Cennergi at Tsitsikamma (94 MW) and Bedford (134 MW). Cennergi is a joint venture between South African resources company Exxaro and Indian company Tata Power. There are several other projects with capacities ranging from 20 MW to 97 MW.

Scatec Solar has commissioned a plant in Burgersdorp. The 75 MW plant has panels mounted on single axes, enabling them to track the sun and optimise electricity generation by a further 20%.