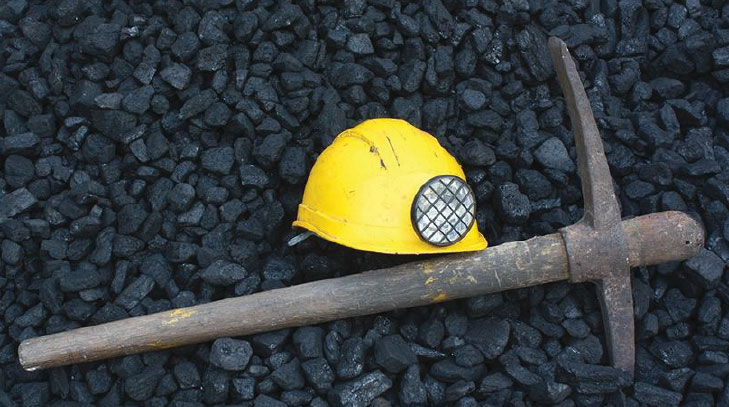 Thabametsi and Khanyisa are the preferred bidders within the first bid window of the coal- baseload IPP procurement programme.

Two planned coal plants will cost SA about R19.68 billion over the course of their lifetime, and force cheaper and cleaner renewable energy alternatives out of the system for years to come.

This is according to a new study by the University of Cape Town’s (UCT’s) Energy Research Centre, which reveals newly built coal power plants will add billions to SA’s power bill.

It comes as power utility Eskom is struggling to keep the lights on as employees are engaged in industrial action, with wage negotiations deadlocked.

The report quantifies the effects of the inclusion of the coal independent power producer (IPP) in SA’s electricity system over the period from 2022 to 2052. Jesse Burton and Gregory Ireland co-authored the report.

“Our group, in particular, looks at the relationship between energy systems, development pathways and the economy,” says Burton.

The authors focused on two planned coal plants: Thabametsi in Limpopo and Khanyisa in Mpumalanga, and determined the plants will cost the country an additional R19.68 billion in present value terms over their lifetimes, compared to an optimal and least-cost energy system that combines wind, solar and gas.

Thabametsi and Khanyisa are the preferred bidders within the first bid window of the coal- baseload IPP procurement programme, and are required to begin operating by December 2021.

UCT says the two coal plants were forced into SA’s Integrated Resource Plan (IRP) of 2010; a document that is still in effect despite being, in Burton’s words, “irrelevant and outdated”.

It adds that the world has changed significantly since the IRP was gazetted in 2011, with renewable energy prices having decreased by up to 90%.

“It’s a completely different ball game. And we know how much these two coal plants are going to cost, because they had to bid into a process. So, you can see that even current renewables are already 40% cheaper than these two new coal plants. But given the IRP of 2010, the minister of environmental affairs is still pushing ahead with these two plants,” says Burton.

“We know for a fact, no matter how you roll the dice for this, it is going to cost us more. It’s going to have extra, unnecessary emissions, and we need to take that into account,” Ireland adds.

The report is based on modelling that seeks to map out a least-cost energy system.

“What these models do is build you an energy system that is the lowest-cost one, subject to various constraints. All of them say we don’t need new coal, we don’t need new nuclear. That is one of our key findings, again, that supports the other independent analysis that exists,” says Burton.

At the time the current IRP was gazetted, the two IPPs were declared to be ‘clean coal’; with lower carbon dioxide (CO2) emissions than many of Eskom’s other plants. But a landmark court case that questioned the environmental impact of the Thabametsi power plant resulted in a judge ordering a climate change impact assessment for the station, the authors note.

“What you can do is force those plants into your model, and you can directly see what the difference is. You can see all of the deviation from your optimal plan,” explains Ireland.

The assessment revealed the presence of other, more potent greenhouse gases in the mix, including nitrous oxide, which is roughly 300 times more powerful per unit of volume than CO2. In the team’s reference scenario, the two plants contributed an additional 200 million tonnes of emissions during their lifetime.

The study has shown the planned IPPs are not necessary. Where the IRP of 2010 expected electricity demand to grow rapidly, demand has remained constant over the past 10 years. In fact, the country already has surplus electricity, the authors note.

They add that these two plants are supposed to be signed into operation for 30 years, with a fixed power purchase agreement in place. This would mean Eskom would be forced to purchase a set amount of power from the IPPs, instead of selling power from its already underutilised fleet.

Such a scenario would be disastrous for the company, which is already in dire financial straits. It also means SA’s already costly electricity would increase in price.

Richard Halsey, a member of environmental body Project 90 by 2030, comments that when deciding what is the best new capacity to build, the most appropriate measure is the levelised cost of energy (LCOE).

He explains that this is essentially what it will cost to produce a unit of energy when the full life cycle costs (construction, operations, maintenance, etc) of a power plant are included.

According to Halsey, in SA, the LCOE for the latest bid windows of renewable energy IPPs was 62c/kWh (for wind and solar PV), whereas the two coal IPPs had an LCOE of R1.03/kwh.

“So when comparing new build options for South Africa, renewables are cheaper than coal for electricity generation at utility scale. This is further supported by the findings of the Energy Research Centre when they investigated the economic effects of adding coal IPPs to South Africa’s energy mix.

“If you were to compare early bid window PPA prices for the RE IPPs (which equates to the LCOE) with just the current electricity production costs of some of the existing Eskom power stations, one could create the impression that renewables are more expensive, but this comparison is not valid or useful. It is not comparing like with like, but it is these types of comparisons that Eskom and fossil fuel lobbyists have used to push a pro-coal agenda.”

Halsey says the current national energy plans indicate there are coal-fired power stations that will still be running for another decade or two or so, but some fail to meet air quality standards.

For Brenda Martin, chairperson of the South African Wind Energy Association, the rapid decline in bid prices driven by government’s competitive auction process has proven that ongoing procurement of renewable energy through independent power procurement is the most cost-effective way to achieve affordable power supply.

She points out that investment in renewable power is a key driver to ensuring the country is well-placed to grow its green economy industrial base.

According to Martin, the CSIR and other research institutes have conclusively demonstrated that the option of new wind, solar PV and flexible generation capacity in SA delivers the least-cost electricity price trajectory in the years ahead to 2050 and beyond, as well as least water consumption, lowest carbon emissions and the most jobs.

Local and international models clearly show the more renewable energy succeeds, the cheaper it will become, she adds.

“Prices for renewable power have not only fallen in South Africa but also globally, leading to exponential growth in investment and an accelerated energy transition away from coal,” she says.