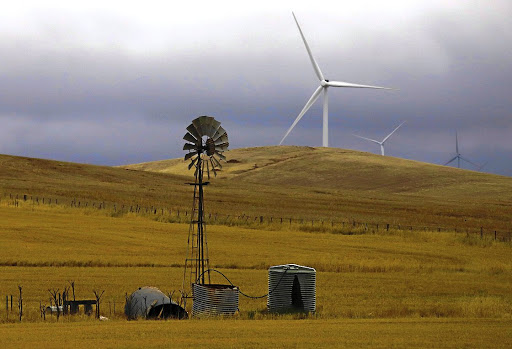 Renewable energy is the way the world and SA needs to move, but pointless legal cases are wasting money and valuable time in this regard

When money keeps being wasted on fruitless pursuit of poorly founded legal cases, everyone loses.

In June 2017, the Coal Transportation Forum (CTF) lodged an application to interdict Eskom from signing duly procured power purchase agreements (PPAs) with preferred bidders from round 4 onwards, and explicitly including those selected in the “smalls round” of SA’s renewable-energy independent power producer (IPP) procurement programme.

It is worth noting here that the department of energy describes its intention with the smalls programme as being, “aimed at emerging, smaller power developers (less than 5MW) with an emphasis on South African and small- and medium-sized enterprise (SME) participation in projects. In order to give South African power-generation equipment manufacturers, who may not have international certification, the opportunity to supply equipment for the projects, a bidder may elect whether or not to use internationally certified equipment in its project under the programme”.

Returning to the basis for the 2017 CTF interdict application, the core contention was that Eskom should not enter into PPAs with  IPPs until the National Energy Regulator of SA (Nersa) has taken all necessary decisions. The CTF applied for orders interdicting Eskom from entering into PPAs with the IPPs until Nersa had taken the decisions and applied for orders declaring invalid all the PPAs Eskom has already concluded with IPPs.

Citing Eskom, Nersa, the energy minister and many of the round 4-onwards preferred bidders as respondents, but providing no legal basis for its application, the CTF legal challenge was launched on the basis of a broad mix of unrelated contentions reflecting a poor understanding of the legal framework for electricity supply and regulation in SA.

The South African Wind Energy Association (Sawea) was asked by the affected IPPs to act on their behalf, and ultimately, by October 2017, all respondents submitted responding heads of argument, pointing out the considerable weaknesses in the CTF application. Separately, an urgent interdict brought by Transform RSA and the National Union of Metalworkers of SA (Numsa) on the eve of the eventual conclusion of duly procured outstanding PPAs was dismissed with costs in March 2018.

Nevertheless, in July 2018 the CTF resumed its application and all respondents have once again submitted replying heads of argument. All respondents point out that Nersa has taken all the  required decisions; that the signed PPAs are underpinned by two determinations made by the minister under section 34 in 2011; that these were countersigned by Nersa in 2012; and that the CTF’s contentions are wholly unfounded on multiple grounds.

All respondents ask that the application be dismissed with costs. The matter will be heard in the Gauteng High Court on March 18 and 19 2019.

Over the past two years, Sawea has co-ordinated the legal response on behalf of the industry on two separate occasions. In both cases organised labour has acted on the basis of very poor legal advice. Many millions of rands have been spent by all, money that could well have spent on more positive pursuits.

Sawea’s members recently launched an industry commitment that sets out five areas where it will work even harder to achieve socio-economic transformation in SA. All public procurement in SA is subject to price and broad-based black economic empowerment (B-BBEE) considerations, in line with the national procurement framework. But renewable-energy IPPs are subject to both localisation and local economic prescriptions that go beyond any other public procurement programme.

The round 4 renewable-energy IPP procurement programme has attracted more than R200bn of new investment since its inception. The weighting for economic development of IPPs’ assessment in the bid process is 30%, while the price is weighted at 70%.

On jobs created, the International Renewable Energy Agency (Irena) has reported that, by 2017, 76,000 jobs had been created across African countries in renewable-energy value chains. Of these, the majority are in SA. Irena indicates that this amounts to 44,000 jobs, which places SA among the world leaders in employment in both wind and solar energy.

Irena’s figures differ slightly with those recently reported by the department of energy, which indicated that, as at June 2018, the programme had created 36,528 direct job years, which equates to 41,451 full-time equivalents. While the total number of jobs created may be disputed, it is clear the industry has contributed positively to job creation.

The SA renewables industry is directly responding to an urgent need to create employment and grow investment in SA. Renewable IPPs are not the problem — they are, in fact, offering multiple solutions, through employment creation, local manufacturing, transport and construction sector investment growth, and through ensuring that power system inadequacies are supplemented by wind power during the morning and evening peaks, and solar power in the middle of the day.

In addition to these contributions, the industry would like to contribute to the vast social effort that needs to go into managing the energy transition with sufficient duty of care for people and planet.

• Martin is CEO of the South African Wind Energy Association.