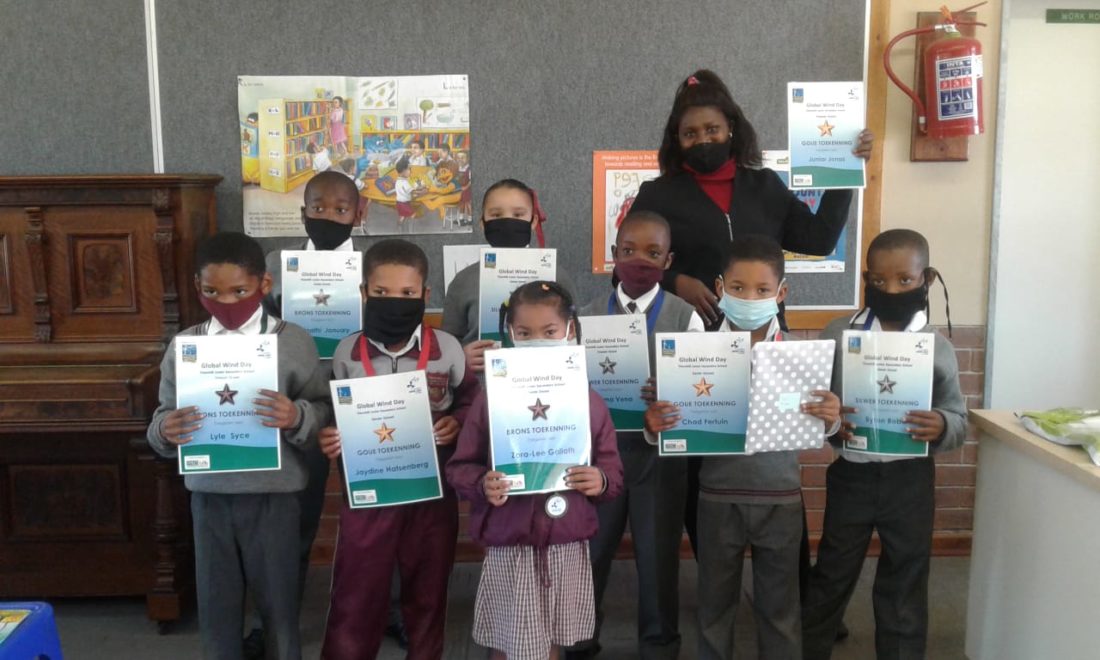 Since 2014, local schools in the Kouga area have been celebrating Global Wind Day, which takes place each year on 15th June, and coincided with Youth Day this year.  This area of South Africa is home to some of the largest and most prominent wind farms, playing a big part in the country’s wind energy sector.

Jeffreys Bay Wind Farm once again invited learners to join in the festivities, by participating in a ‘Writing and Creativity Competition’, aimed at Foundation Phase school learners. Themed, ‘Things that fly’, hundreds of learners across community schools in Jeffreys Bay, Hankey and Humansdorp, were asked to build something that can fly, experiment with their flying object and then complete an independent writing composition.

Nine winners, from each participating school were selected as prize winners, following Global Wind Day earlier this month. The programme took place during their literacy sessions and all CV-19 protocol were observed for the presentation of winners.  Prizes include Books (suitable for each grade) and a Medal (Gold, Silver and Bronze) for the three winners in each school, as well as certificates for each participant.

“This is a brilliant way for children to celebrate the power of wind, and it gave them a chance to brainstorm ideas of reshaping energy systems and reducing carbon footprint, which means less pollution and healthier communities,” explained Tsholofelo Moote, Economic Development Officer for Jeffreys Bay Wind Farm.

GLOBAL WIND DAY is a worldwide event, celebrated in more than 80 countries.