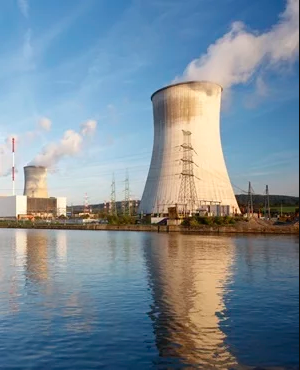 In a report sent to the Department of Energy on Wednesday, the energy portfolio committee recommended that the IRP should “make it explicit that both coal and nuclear will remain important elements of South Africa’s energy mix”.

The draft IRP, based on a “least-cost” scenario for South Africa’s future electricity mix, ruled out expensive nuclear power – at least until 2030.

However, the energy committee states in its report: “There is no persuasive argument to counter the proposition that nuclear technology remains the cleanest, safest and, in the long term, the cheapest technology.”

Asked to comment, Professor Harald Winkler, head of UCT’s Energy Research Centre, said along with all credible modelling in South Africa – and on South Africa – the draft IRP had excluded nuclear power and new coal plants from the “least-cost” electricity plan.

“Nuclear is no longer competitive and nor is coal,” Winkler said.

The Department of Energy’s draft IRP puts renewables and gas as the least-cost electricity mix for new power stations.

The committee compiled its report after holding public hearings in October on the draft IRP.

UCT’s Energy Research Centre was part of the public submissions and had provided evidence based on research.

The Parliamentary committee’s process was separate from the Department of Energy’s process, which had called on the public to submit written comments on the draft IRP by October 26.

The IRP is expected to be finalised early next year.

The committee’s report has drawn criticism for appearing to take information supplied by lobby groups as fact, and for a bias towards coal and nuclear.

Liz McDaid of the SA Faith Communities’ Environmental Institute (Safcei) said she had given the committee a report compiled by an international energy policy expert who had provided fact-based evidence, specifically on the high cost of nuclear globally. She said there was no way the committee could claim that nuclear cost the least, based on evidence.

“I hope the DoE will review the committee’s report based on its substance, not on the wishes of politicians. They are the same MPs who oversaw the nuclear deal. Here was a chance to act in the public interest, but they failed,” McDaid said.

The nuclear deal with Russia and other countries, which Parliament had approved, was found to be unlawful in 2017 by the Western Cape High Court and set aside.

Richard Halsey of Project 90×2030, who made submissions, described the report’s statement that nuclear was the cheapest in the long term as “absurd”.

“They must explain that that is an opinion, and not representative of the public hearings. The way MPs approached the topic, there was a definite underlying coal and nuclear bias,” Halsey said.

The CSIR, which also made submissions to the portfolio committee, told MPs that both the CSIR’s and the Department of Energy’s modelling supported renewable energy with gas as the cheapest electricity options for new power.

The CSIR, like the DoE, said neither nuclear nor coal were “cost-optimal” solutions.

Brenda Martin, CEO of the SA Wind Energy Association, said the committee’s report had failed to note that renewable energy sector was “four times more employment-intensive” than either the coal or nuclear sector.

The draft IRP includes 1000MW of new coal-fired power plants, to be built by the private sector as part of the government’s Independent Power Producers’ (IPP) programme.

Robyn Hugo, a lawyer for the Centre for Environmental Rights, which had opposed the inclusion of the new coal power stations in the draft IRP, said their opposition had been based on studies that had assessed the merits of the coal plants versus alternatives.

“But the committee appears to have chosen to favour the views of lobby groups, including a coal technology provider to one of the coal IPPs, and their unverified claims about job creation, to support the inclusion into the IRP of these unnecessary and expensive plants that will raise electricity costs by R23bn and more,” Hugo said.

However, the report has drawn support for many of its recommendations, including that the IRP should be finalised in this financial year to promote policy certainty; that the IRP should be reviewed every two years; that the Integrated Energy Plan and the Gas Utilisation Master Plan should be expedited; that the IRP focuses more on developing local industries and remains flexible so that it can respond to new technologies in a rapidly changing energy environment; and that it includes local government in the IRP planning process and increases the allocation for embedded solar power generation from 200MW to at least 500MW.

Many who made submissions to the committee said in their presentations that it was necessary to ensure a transition away from fossil fuels to renewable energy was “a just transition” in order to reduce the impact on those in the coal sector and on coal-mining towns. This would include re-training of coal workers so they could be employed in the renewable sector.

The committee recommended in its report that the DoE hold a “national dialogue on the Just Energy Transition” which should focus on communities that will be affected by the move away from coal.

It also recommended that Energy Minister Jeff Radebe convene an energy summit to discuss the energy future for South Africa.