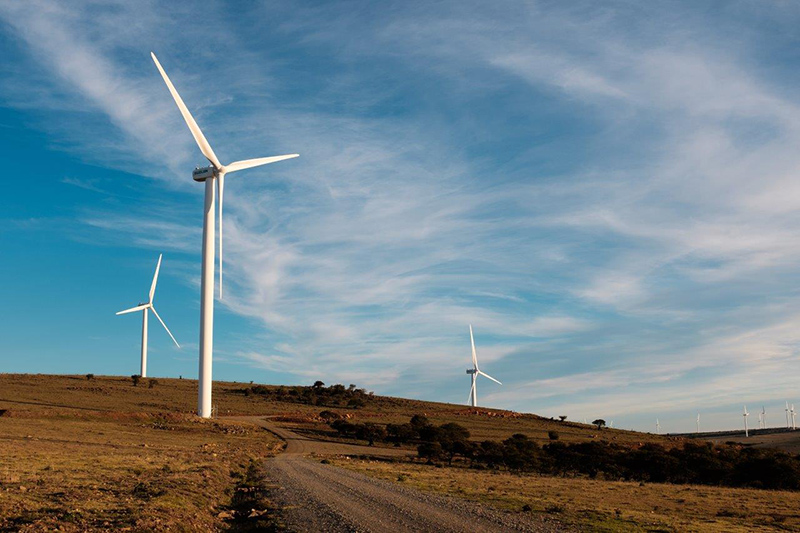 As South Africa continues on its journey to a greener economy, energy experts, who gathered at this year’s Windaba conference, predict that our future energy mix is likely to include dispatchable power, in the form of hybrid systems  This follows the DMRE’s launch of its technology agnostic Risk Mitigation Independent Power Producer Procurement Programme (RMI4P) last year, resulting in the renewable energy sector stepping in to develop hybrid energy systems, characterised by a mix of Wind, Solar PV, battery energy storage systems (BESS) and dispatchable generation (DG).

The ideal hybrid site comprises several factors such as wind and solar resources and their complementarity, suitable topography, grid proximity and capacity, accessibility, as well as limited environmental and permitting constraints. Some developers, however, report over thirty criteria, when undertaking a site selection, but agree that the aforementioned remain the key drivers.

In the same way that the development of new wind power projects are being hampered by limited grid capacity, so are hybrid project sites, especially in the Northern Cape Province. The country’s power utility, Eskom, last month indicated that this area, which currently stands as the renewable energy hub of South Africa, both for its wind and solar PV facilities, has exhausted its grid capacity.

Looking specifically at the role wind power plays in hybrid facilities, as a technology, it is very compatible with solar PV. This is due to solar peak day-time generation and wind peak predominantly later in the day and at night. Research and historical data demonstrate that these two renewable sources of energy are naturally complementary and key to delivering cost effective hybrid energy systems.

The vast and varied terrain and renewable power sources present opportunities to develop new renewable energy project hubs.  So, even though in the North West and Free State there is ample sun, but less wind, other areas have the converse.  Two geographic locations, however, stand out, namely the Eastern Cape and Western Cape, which are fortunate to have sites where sufficient wind and solar PV resources overlap, making them ideal hybrid energy locations.  Consider too that hybrid facilities can also operate as virtual facilities utilizing the best wind resource and best solar resource locations, although not co-located, to deliver a solution through wheeling via the Eskom network.

Furthermore, wind combined with solar PV saves on grid connection and development costs. With regards to land usage – to meet South Africa’s present yearly electricity demand of about 250 TWh of renewable energy, only 0.3% of South Africa’s surface area will be required and dedicated to wind farms and 0.15% to the deployment of solar PV plants. Since solar PV plants can be built on wind farms, in between wind turbines, these two figures are not additive.

To recap, the RMI4P was released to the market in August 2020, especially with the aim of alleviating the electricity supply constraints and to reduce the extensive utilisation of diesel-based peaking electrical generators in the medium-to-long-term. The DMRE reported that bid responses demonstrated a sustained private sector interest in participating in the South African energy landscape. Furthermore, the RMI4P attracted both quantity and quality, which allowed for a competitive price evaluation. The RMI4P Power Purchase Agreements (PPAs) differ fundamentally to the REI4P, as it requires projects to be dispatchable on demand by Eskom during 5am and 9:30pm daily.

This means that energy generated outside of this time-period is not bought unless it is stored in a battery to sell during these core hours. The plants also need to be on standby to deliver energy at a moment’s notice, thereby making capacity available.

“The RMI4P was launched to respond to a specific need of the current South African power mix, that of dispatchable power, where typically peaker plants such as gas powered plants are used. Dispatchable power is there to address the sporadic need for peak energy that may occur either in the case of a large breakdown in the pool of power plants feeding into the grid or in the case of peak demand in the grid when reserve capacity is low. To fulfil such a need a dispatchable facility needs to show reliable power output at any time during agreed dispatch windows. As renewable energy is variable in nature, it becomes key to combine diverse energy sources and technologies and use their complementarities to form a hybrid facility,” said Kilian Hagemann, Managing Director at G7 Renewable Energies, speaking at Windaba.

One of the most exciting projects to come out of this round, is no doubt the 128MW Oya Energy Hybrid Facility, which is a co-located set up, incorporating wind turbines, solar PV arrays, batteries and a hybrid controller to provide dispatchable power to the grid as and when needed.