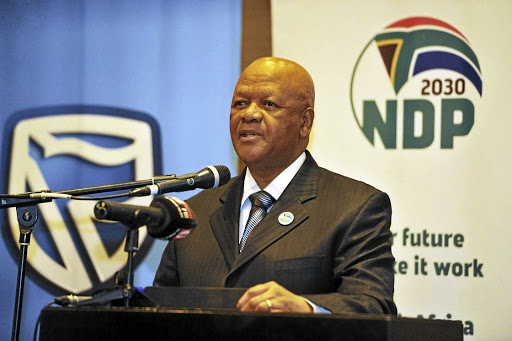 Eskom can save cash by procuring new renewables to displace energy from most existing power stations, writes Grové Steyn

The minister of energy, Jeff Radebe, published a draft of SA’s long-awaited new Integrated Resource Plan (IRP) for the power sector last week. Most observers are relieved that the draft does not include expensive nuclear power being forced into a “policy adjusted” plan with potentially disastrous financial and other consequences for SA, as was standard with the drafts produced during the Zuma years.

While we should indeed be relieved that some sanity has prevailed in the process, this is not the benchmark against which the IRP should be measured. The test is how it fares in meeting the enormous challenges we face in the electricity sector today. 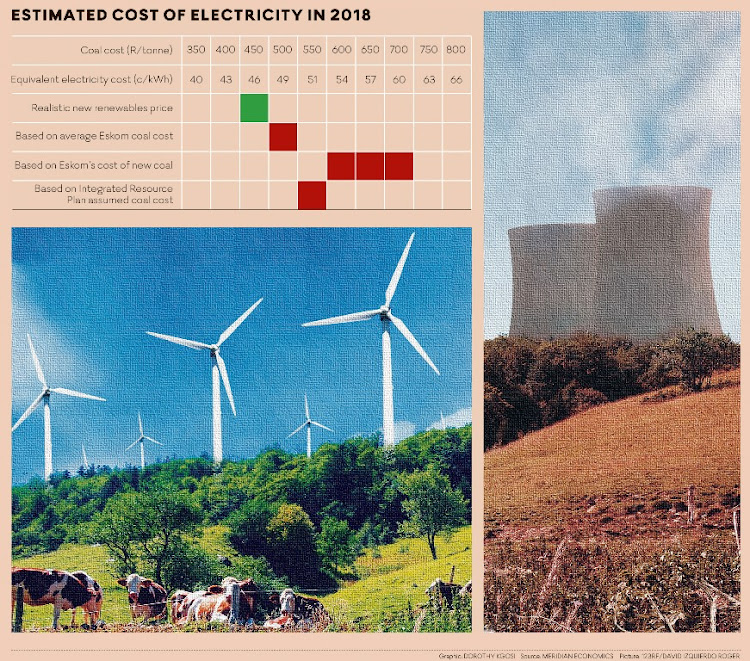 And, in a perfect storm, the sector is experiencing a fundamental technological disruption, with lower cost and smaller-scale renewable energy and related technologies that are already eating into Eskom’s market share. Many experts now agree that Eskom’s coal-based business model is not viable and will require large bailouts into the future.

Add to this the problem that SA is a disproportionate greenhouse gas emitter and that pollution from coal-based electricity causes thousands of deaths and harms the health of tens of thousands of citizens per year. Into this world the IRP will be born.

The draft plan, however, does not burden the reader with these unpleasant realities, which, if recognised, would have resulted in a different outcome. It assumes a continued coal power station build programme and the operation of the older coal stations for the remainder of their full 50-year lives. The result is that the plan has to assume Eskom will be able to recover these soaring costs by raising tariffs a further 39% in real terms by 2021.

These numbers simply do not stack up. The plan is not viable — something will have to give.

The IRP cannot fix all Eskom’s problems but it will have to be a central part of any strategy designed to get us out of the bind we’re in.

From the Law of Holes we know that the first thing you should do if you find yourself in one is to stop digging. Unfortunately, this is not an option that appears to be open to the authors of the draft IRP. The draft makes much of the claim that there is little cost difference between the “policy adjusted” plan — its recommended option — and the “least cost” unconstrained scenario.

However, this claim does not take into account the opportunity cost of forcing in the coal build programme during the first six years for all the scenarios and similarly of forcing in the old power stations beyond the point where they become uneconomic. The “least cost” scenario is not in fact unconstrained or least cost. These points are worth further consideration.

A study published by Meridian Economics last year, relying on conservative assumptions, showed that Eskom could save significant costs by decommissioning its older or more expensive coal stations as soon as possible. Thus far SA has not benefited much from the large cost savings that can be achieved from renewables, but that is about to change with the government’s next renewable energy independent power producers procurement round.

THE IMPLICATIONS OF THESE NUMBERS ARE STAGGERING. SIMPLY PUT, ESKOM CAN SAVE CASH COSTS BY PROCURING NEW RENEWABLES TO DISPLACE ENERGY FROM MOST OF THE EXISTING COAL-FIRED STATIONS.

International renewable auctions are now often achieving prices well below $20/MWh. At a conservative exchange rate assumption of R15/$, this will amount to 30c (South African) per kWh. Let’s assume local conditions result in a further premium of 50%, which will produce a price of 45c/kWh. Our analysis shows that this is equivalent to the cost of running an older coal-fired power station with a coal cost of R450/ton. As shown in the diagram, this is cheaper than electricity costs based on Eskom’s average coal cost, newly procured coal costs or the IRP coal cost assumption.

While a suite of renewable power generators produces variable output, coal power can run around the clock (but as we have learnt over the past decade it is also not always reliable). Given the high penetration of coal power in our system, it is possible to add a substantial amount of renewable generation capacity before significant investments in backup capacity such as open-cycle gas turbines and other ancillary system services will be required.

The implications of these numbers are staggering. Simply put, Eskom can save cash costs by procuring new renewables to displace energy from most of the existing coal-fired stations. This will allow Eskom to bring forward the decommissioning of coal-fired power stations to save costs. The more expensive the coal being displaced and the larger the volumes of renewables being procured, the larger the savings will be. Any new long-term coal contracts priced above the system cost of the equivalent energy from renewables will be stranded.

The government has procured 6,422MW of capacity from renewable energy independent power producers. If we ramp up the renewables construction programme to an ambitious 2,500-3,000MW a year, our estimates show that by the time we have displaced the energy from 4,000MW of coal plants, Eskom will be saving approximately R3.4bn a year or more. A small start, but double this and Eskom can save approximately R7bn a year.

Every year the savings per MW will increase significantly as our new renewables become rapidly cheaper and coal costs increase. The beauty of this plan is that Eskom does not have to finance the new capacity — this is a critical point. On their own these numbers will not turn around Eskom’s finances, but they will form an important part of a plan to stop the senseless digging.

The IRP’s coal build assumptions also need to be revised. SA simply does not need new, expensive, inflexible coal-based independent power producers. Eskom made this absolutely clear at the Thabametsi and Khanyisa licence hearings. The economic rationale for these planned coal-fired stations has vanished. We should thank the developers for their effort, negotiate a severance deal and invite them to develop renewables projects.

Furthermore, given that Eskom already does not generate sufficient cash to service its debt, the stark reality is that for every rand it spends on building its own (already stranded) coal power stations, it only gets deeper into the hole and will have to be further bailed out. Eskom will have to drastically curtail its capital programme, including abandoning the completion of its power station build programme, especially Kusile power station with its more expensive coal.

An accelerated downscaling of the coal sector will of course further affect employment in affected communities. Their need for assistance should be addressed head-on by policy-makers. Larger employment opportunities will be created by a sustained renewables build programme.

The unprecedented crisis in our power sector means that we cannot approach our planning on a “business as usual basis”. New thinking and drastic measures will be required to contain the fallout and to negotiate a possible international bailout on the most favourable terms for SA. The alternative will be much worse.

• Steyn is MD of Meridian Economics, an infrastructure and energy economics advisory firm based in Cape Town.