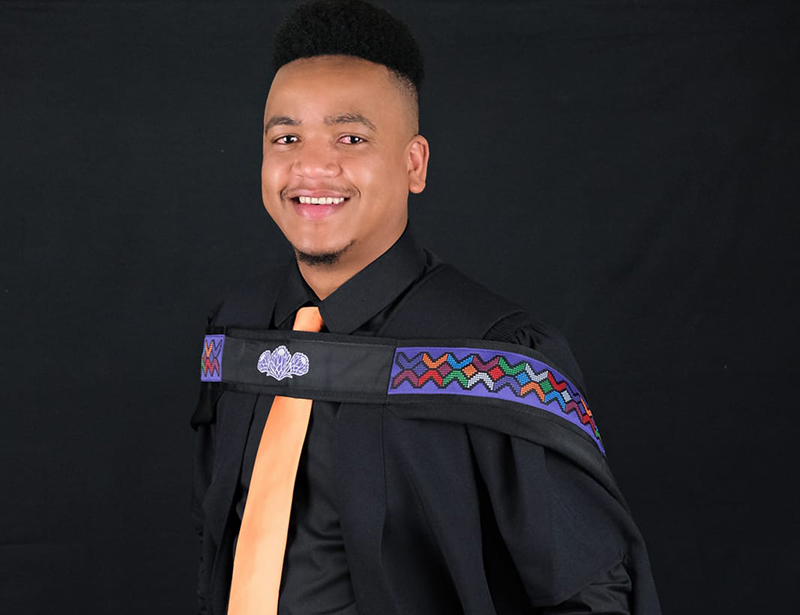 24-year-old Grabouw local, Cirvin Johannes, is one of a large cohort of beneficiaries who have successfully completed their degrees with the help of Klipheuwel Wind Farm’s Bursary Programme. Along with other beneficiaries across communities in the Overberg region, the programme provided Cirvin with the means to obtain a Bachelor of Commerce and fulfill his dream of working in finance, without carrying any student debt.

In addition to the skills and knowledge gained from his studies, Cirvin hopes to be a positive example to his community. Just a month after his graduation, Cirvin secured an internship as a Fund Accountant at a firm in Cape Town, and after just six months, he was offered a permanent position at the firm.

“It has always been a dream of mine to work in finance and I hope to be able to use the skills I have acquired through my degree to show the community of Grabouw that you can rise above your circumstances,” said Cirvin.

The Klipheuwel Wind Farm bursary programme has been directly benefiting students from the communities of Genadendal, Caledon, Grabouw, Botriver and Hermanus, since 2016. It covers tuition fees, travel and accommodation costs, book allowances and even a stipend, which helped Cirvin tremendously, as he would commute between Grabouw and Cape Town daily, to attend lectures.

“We value Cirvin’s desire to motivate and encourage his community to follow their dreams, no matter how out of reach they may seem. Bursary programme graduates ploughing their skills back into their community is one of the core objectives of the programme,” commented Tsholofelo Moote, Economic Development Specialist for Klipheuwel Wind Farm.

Now, at the very beginning of his career, Cirvin looks forward to gaining further knowledge within the finance sector, and hopefully completing his master’s degree within the next 5 to 10 years.

“I remember being at the end of my matric year with the intention to study further but without the financial means. When I received the notification that I had been accepted into the bursary programme, everything changed for me. I was able to study comfortably without worrying about finances,” concluded Cirvin.